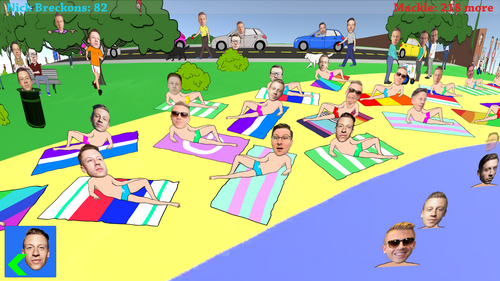 The biggest change here is that through the magic of frustum culling I've managed to make the android version actually run at a playable framerate. In addition to that, the android player will no longer have to worry about large objects like trees and buildings blocking their camera view if they move into an object behind one. Large objects will now fade out slightly if they obstruct the camera view.

The full patch notes are below: